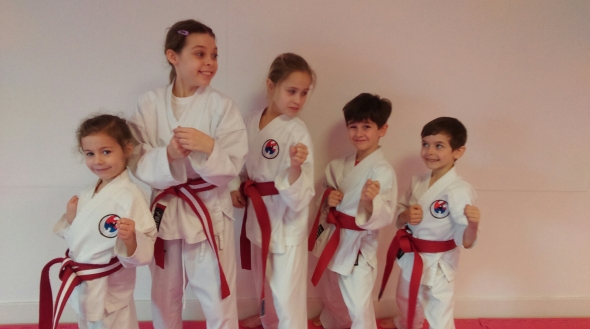 Well done to all the Karate students and Little Ninjas who graded today at the club. It’s always great to see students working hard, progressing through the grades and leaving with a huge smile on their faces.

The next scheduled club grading is in May but we have a large number of new starters so we are looking at grading some beginners who weren’t quite ready for this one, to grade on an evening whilst the regular classes are on. It will just take a bit of time to pick a date as we have to work around Sensei Michael’s work commitments to ensure we have enough instructors.

This entry was posted on February 14, 2015 by hartlepoolwadokai. It was filed under Uncategorized and was tagged with 2015, Club Grading.