Our most recent club grading was carried out on Sunday 17th March, at Dojo HQ. We had 13 Little Ninjas and 21 Karate students all successfully achieving their next belts. Well done guys, it shows what can be achieved with hard work and commitment.

The next ‘catch up’ club grading will take place over w/c 15th June for selected students, full details are available at the club.

The following schedule has been agreed:

Saturday 28th December
Little Ninjas (3-7yrs) 9.30-10am (all the Little Ninjas are able to attend this session instead of their usual class this week)
Kids Beginners & Family Class 10.30-11.30am

Well done to the five boys who passed their white & red belt grade on Friday. This is a free introductory belt for our younger kids, it includes a combination of static punches and kicks and my favourite part, the kids have to be able to sit down with their legs crossed, hands on their knees without talking… For 30 seconds. Sounds easy but not all youngsters can manage it. We started with this belt test in our after school clubs and have introduced it to our main club due to its success. It’s really good because sometimes the 9th kyu test is too demanding for kids who are still learning their left from right… The next full club grading will be held on Monday 25th June. Please speak to a club official for more information.

Tonight we had a Club Grading at Owton Manor Primary School. We’re pleased to announce that everyone was successful and most are now the proud owners of shiny new belts just before Christmas!

We had the students have a serious pose and then the ‘Karate kid’ pose :-p

Last weekend members of the club headed down to Alfreton for a training course with Okumachi Sensei, 6th Dan JKF-Wadokai and a further two days with Sakagami Sensei, Peter May, Keith Walker and Lee Minion. The session on Saturday was also lead by Okumachi Sensei who had a little bit of extra time before his flight and decided to stick around and teach some more. The Sunday was a further opportunity to run through the elements of the Dan Grade (Black Belt Test) that hadn’t already been covered over the previous two days. The actual test took place after the training.

It was a long weekend, and all the training (except the test) took place on a typical concrete sports hall floor so by the end of everything our bodies were aching.

A massive congratulations must go to Sensei Michael Jorgeson who was finally coerced into taking his 2nd Dan – after almost 20 years of being 1st Dan! Also, a massive well done to Sensei Vince Dawkins and Beth Gray who have just become our latest Black Belts. They’ve both put in a lot of work over the past 12 months and beyond to get ready for the test and it showed. High Five!!!

Yesterday, we held a club grading for those that have reached the required standard in regular classes. The grade consisted of a 2 hour training course, followed by the actual test. Considering some of the kids were as young as five, they all did exceptionally well! Congratulations to the following: 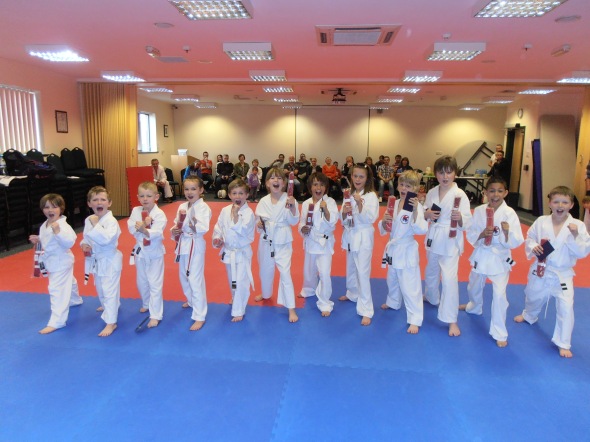 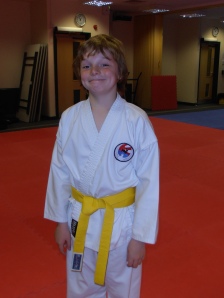 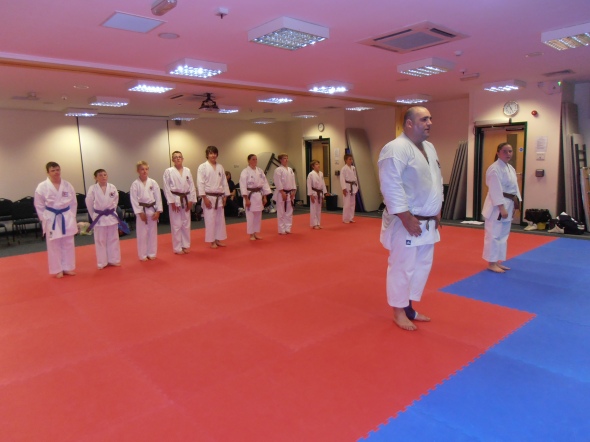 After the Junior training & grading, we held another 3 hour session for our advanced grades. This was to keep Mr Vince & Beth (our two Dan Grade/Black Belt candidates) on their toes and to see if they are ready to take the black belt test next month.  It was also a good opportunity to see where our other brown belt students are at, and see what needs working on ahead of their potential December grading.

Congratulations are in order for the latest students who have successfully passed their club gradings. The grading took place on Monday 27th at Owton Manor Primary School.

Congratulations to everyone who passed their grade. The next one will be arranged for late September.