Our most recent club grading was carried out on Sunday 17th March, at Dojo HQ. We had 13 Little Ninjas and 21 Karate students all successfully achieving their next belts. Well done guys, it shows what can be achieved with hard work and commitment.

The next ‘catch up’ club grading will take place over w/c 15th June for selected students, full details are available at the club.

Last weekend the club held a small club competition to give our competitors a run out with the latest version of the WKF rules (Version 9, January 2015). This was primarily done for our older, more experienced competitors, and our club officials ahead of our March open championships and the English Karate Federation National Championships in April but the younger students also got some valuable experience on the day too, with many gaining medals for their efforts.

It was only a small competition as we only ran individual Kata, individual Kumite & Kick Master categories which meant that we were done within a few hours. We were also able to explain the rules and decisions as we went so that the parents & students could follow the day better.

I would like to thank all of the club judges, and table officials who gave up their afternoon to volunteer at the competition. I would also like to personally thank the students who were brave enough to enter the competition and support the club. Sometimes the hardest thing to do is stand up on the mat and give it a go, if students never rise to the challenge then they may never know what they’re capable of in karate. I personally think that competition gives us a fantastic opportunity to test ourselves and our skills under pressure, in a controlled setting, and those that never compete are missing out on a massive opportunity to learn and improve. 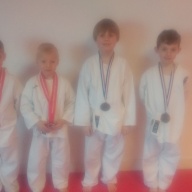 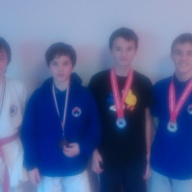 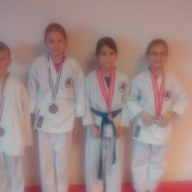 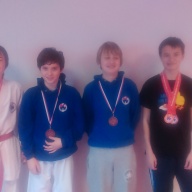 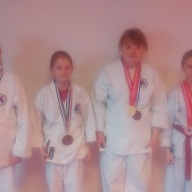 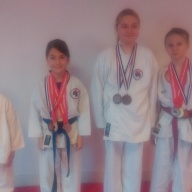 To prepare for this competition, the club is running a 6 week competition Karate course starting this coming Monday 6-7.30pm, see the club for full details and booking (club members only, 10yrs+). This course will cover Kata and Kumite training skills needed to perform well in a competition environment. There are limited spaces so make sure you book up as soon as you can.

Please see below for the entry form for our Hartlepool Open Karate Championships 2015. Once again we will be at the Belle Vue Sports Centre, Kendal Road, Hartlepool, TS25 1QU.

Please note that WKF rules v9.0 (Jan 2015) will be in use on the day. There have been some changes in this latest rule update so please make sure you’re aware of them before the event to help ensure the day runs smoothly.

As always, please contact us if you have any questions, comments.

It’s that time of year again, the days are shorter and colder and it becomes that little bit harder to rouse yourself in the morning for school or work.

The club will be open as normal until the end of year course & Christmas party and then only open Tues 23rd & 30th (different times), classes will resume as normal from Monday 5th January. See below for full details…

The Little Ninjas will be closed from 21st December until 4th January 2015. Classes resume from Monday 5th January. If you have any questions please contact Amy on 0792 6045935.

It’s been a busy year so far at the club but we’ve got loads of events coming up for you to enjoy.

This is competition fight training for anyone 10 years & above, the course needs to be booked on to in advance. Please visit the EKF website to download the form. Note the form must be submitted by 5pm on Tuesday 11th November.

This training course is only suitable for selected students and is compulsory for all athletes wishing to be selected to the Wadokai England team. Please speak to Sensei Amy or Sensei Carl if you are interested in attending.

This is our annual club-only competition. This is a perfect chance for students to try out Karate competition as it’s a really small, friendly competition – and it’s only our club. Categories are typically split by age/grade so that it’s fair. Please sign up at the club no later than Wednesday 19th November.

This will be a fantastic training opportunity for all of our students. We’ll be splitting juniors and senior sections so that the course can be specifically tailored to each group. The times & costs are to be confirmed but it is likely to be 12-5pm, 12-2pm 13 years & under, 2-5pm 14 years & above. The course fee will also be subsidised from the club fundraising pot to help keep the cost down (we know that a lot of events are going on!).

This is just a reminder that ALL Little Ninja & Karate classes are cancelled for Wed 3rd Dec only.

Full details are available at the club. Please look at out for your letter this coming week…

We are really pleased to be hosting this course, which forms part of the 2015 competition season and the build up to both the Wado World Cup (Japan, August 2015) and the Wadokai European Championships (Oct/Nov 2015). We would like to invite ALL students interested in competition to this course. Again, this is a fantastic opportunity for our students to train with some of the best Wado instructors in the UK – without having to travel!

Full details and menus are available at the club but we would like to invite all of our parents, students & friends (14 years+) to join us for a bite to eat and a bit of a social.

Once again we are running a FREE end of year training course for ALL of our Karate students 12-2pm.

Our Christmas party is 3-6pm and tickets are just £3 each or £10 per family (same household). As usual we will have a buffet, disco and more importantly a ‘best decorated cake’ competition. The entries last year were fantastic & delicious!!!

On Saturday 3rd May, our club had the privilege of hosting an English Karate Federation Northern Region Kumite Squad Training at our Dojo HQ.

The 4 hour session was led by regional EKF fight coach, Sensei Gavin Foster, 4th Dan and was very well attended by clubs and athletes from all over the North of England.

The athletes were put through some great fight drills and exercises and given some really good advice about what it takes to succeed at the highest levels of Karate competition.  I particularly liked the way this was put across by Sensei Gavin. It was no-nonsense but really friendly, basically he said ‘if you want to just do a little bit of competition, every now and then then that’s perfectly fine’, however, if you want to be the best of the best, and compete against the best in the world then you need to do x, y and z. 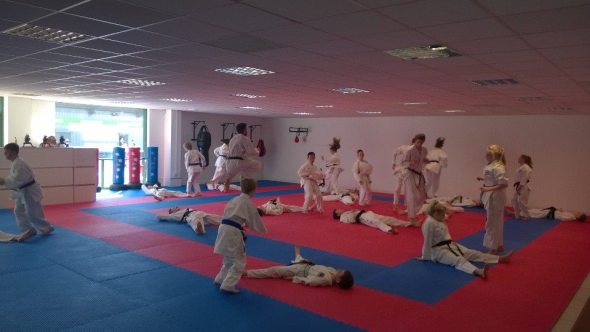 The feedback from the session has been great, so much so that the next Northern Region Squad Training has been booked for Saturday 13th September, also at Hartlepool Wadokai Dojo HQ (126 Whitby Street South, Hartlepool, TS24 7LP) 9.30am registration – Full details and registration forms can be downloaded from the English Karate Federation website.

We cordially invite our friends and colleagues to join us once more. We will have categories for all ages and grades including Kick Master, Individual Kata, Team Kata, Individual Kumite and Team Kumite events. Entry forms can be downloaded here.

The idea is pretty straight forward:

In Hartlepool, 28% (33% according to endchildpoverty.org.uk) of children live below the poverty line, so instead of necking a pint, like the recent #NekNomination craze going around (which has allegedly led to some deaths!), we would like our Karate kids and families to ‘Help Nominate’ 2 people to donate to our Food Bank.

You must be nominated first to be able to nominate others & once nominated, you have 24 hours to beat the challenge.

The idea was formed by one of our Karate club parents, Ann (Harry’s mam) who created the idea after being inspired by this video:

Hartlepool Wadokai have adopted this as the ‘Monthly Challenge’ for February and Carl kick started it tonight (Mon 3rd) at the club. Our monthly challenges are usually ‘fitness’ or endurance based  exercies, Joe H won the January challenge by holding the Plank for a staggering 7 minutes! beating dancers, Karate athletes and iron man contenders in the process…Ann is also involved with Elwick Academy Northern arts Academy so it’s great that they are also supporting the campaign.

It would be great if some of our Karate friends throughout the UK tried a similar thing in their own neighbourhoods. Let us know how you get on… and don’t forget to Nominate!