In March we ran the North East Open Karate Championships in Darlington. This was one of the largest Karate events ever held in the North East with over 1000 people attending, and teams entering from all over England, Scotland, Wales and Ireland, many of these being children.  These high profile events will get bigger and better every year.

We are seeking sponsors and therefore partners to be part of these prestigious Karate events including the North East Open and the Tyne & Wear championships at Nissan. This is a fantastic opportunity for your business to support the local community and gain excellent exposure of your brand. With Karate earmarked as an Olympic sport from 2020 this is an exciting time to get involved as a sponsor. We also have additional prestigious events coming up, including International championships which you could become involved in.

We are offering a number of different sponsorship opportunities, depending on your budget, which start from as little as £50 per event. 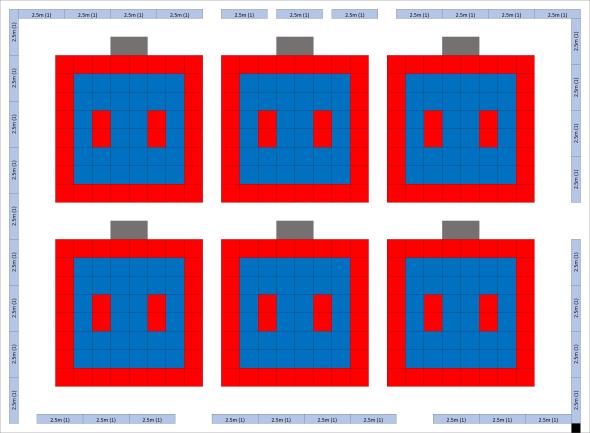 ‘Monsoon’ hoarding examples (below), and planned layout (above)

Hartlepool Wadokai is a registered Community Amateur Sports Club meaning that any donations are also tax deductible. Any cheques should be made payable to ‘Hartlepool Wadokai’, BACS info can be provided upon request.

If you would like to discuss these options in further detail, or would like any more information then please contact me directly on 07984 798634, or via email carl@hartlepoolwadokai.com.

We are very passionate about making Karate a fantastic spectator sport, and running the best national and international events in the world, with the best referees and the best athletes. We look forward to working with you, The K is on the way! 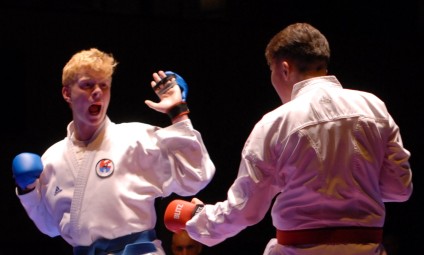 On Sunday the club entered four athletes (Harvey, Joe H, Paul and Lewis) into the TASK Open at Billingham Forum. The lads didn’t disappoint with all performing well and all bringing back trophies…

Joe lost his Kata final to a European champion, nothing wrong with that… Paul had a tough first round draw, losing to the category champion and no repercharge. Harvey lost in the third round to one of the category finalists, just missing out on a medal place.  Lewis met Wadokai England team mate Rebecca Boakes (Sakura Karate Academy) in the semi’s before going on to secure Gold.

Joe lost in the Kumite semi’s against the same lad who beat him in the Kata final, score was tied 4-4, but Joe lost out at Hantai (judges decision), but he must have impressed, because he was asked to join his fight team later on in the day – where they won Team Gold! Harvey unfortunately didn’t get through the rounds due to Hantai going against him. Paul didn’t drop any points on the way to his Kumite final, which he took Gold in.

Thanks to Graham for looking after the athletes and Rachel for the real-time updates whilst Amy and I were at our friends engagement party.

Please see below for the entry form for our Hartlepool Open Karate Championships 2015. Once again we will be at the Belle Vue Sports Centre, Kendal Road, Hartlepool, TS25 1QU.

Please note that WKF rules v9.0 (Jan 2015) will be in use on the day. There have been some changes in this latest rule update so please make sure you’re aware of them before the event to help ensure the day runs smoothly.

As always, please contact us if you have any questions, comments.

We cordially invite our friends and colleagues to join us once more. We will have categories for all ages and grades including Kick Master, Individual Kata, Team Kata, Individual Kumite and Team Kumite events. Entry forms can be downloaded here.

The club recently organised a small club only competition exclusively for our beginners. We’ve done this a few times over recent years and it’s a great way to get people to try Karate competition for the first time. As usual in this event, we have our higher grade juniors and assistant instructors helping to judge. This is great because the beginners are more relaxed (rather than having a formal affair with judges in blazers etc…) and our up and coming instructors get some great experience – some of these will be starting to  attend the English Karate Federation referee training in 2014 to qualify as national judges.

The club always has great support from parents and volunteers but at this competition we actually had more officials than competitors – definitely a first for the club! Thank you to the officials/volunteers and the parents and competitors who supported the event.

Sensei Amy was particularly impressed with some of the fighters at the competition with one or two being pre-selected for the Hartlepool squad launching next year. Full results can be downloaded here.